شهيلي  – Scirocco: A Case Against Deportations

Scirocco: A Case Against Deportations (2018) is a short animation movie produced by the Brush&Bowcollective and by the Rosa Luxemburg Foundation, directed by David L. Suber, Hannah Kirmes-Daly and Leonard Ermel. Based on the investigative research “Failing readmissions: If sending migrants back won’t work”, the animation draws out the story of Ahmed and his story of deportation and re-emigration, drawing attention to the failures of Europe’s deportation policies.

With the rise of right-wing xenophobic political parties and their anti-immigration rhetoric, EU governments are starting to re-enhance deportation policies on a mass scale. The logic is simple. Once deported back home, migrants won’t want to risk another dangerous journey, and their expulsion will also work as a warning for others wanting to migrate too. Wanting to research the effects of existing Italian deportation policies, Brush&Bow was commissioned a research in Tunisia, questioning if such logic could be confirmed by evidence. The results of the research open a new perspective on current debates concerning deportations.

If looking at deportations statistics, Italy and Tunisia have one of the most efficient agreements currently in place. In 2015 out of a total of 2,850 deportations, 35% was made up of Tunisian nationals, a percentage that grew to 43% in 2016 and to 62% in 2017. In 2016, the Italo-Tunisian bilateral agreement meant bi-weekly deportations happening through charter flights repatriating Tunisian migrants to Hammamet airport, for an expenditure of more than 100 thousand Euroseach flight.

But what happens to those who get deported back? According to direct testimonies, after police registration at the airport, most deported Tunisians get either driven northwards or southwards towards Tunis or Zarzis. From there, they are dropped to return home alone. Few are the ones kept for questioning or detained by Tunisian authorities.. Even fewer are those who manage to access social and economic re-integration schemes put up by EU projectsand other European development agencies, mostly small-scale microcredit projects poorly monitored and funded.

Without an effective plan to support those who return, migrants are sent back to face the same situation they had tried to escape in the first place. Hardships and frustrations tied to chronic unemployment and a stagnant economy lead thousands of young Tunisians to dream of reaching Europe every year. Other than working as deterrent, deportations become nothing more than a risk that must be taken, sometimes over and over again, by those who continue to seek for a piece of Europe. Many know that because of their irregular entry they might get deported. But this doesn’t stop them. They come back risking their lives, and they’ll keep coming unless a safer, legal way is offered to them.

The working process involved field research in Tunis, sketching the streets and scenes, and a year in the studio hand drawing every frame. 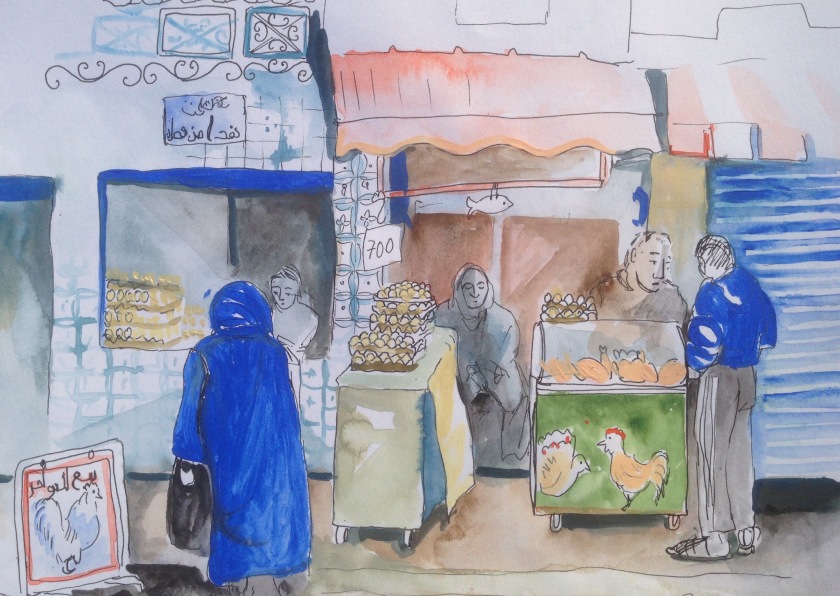 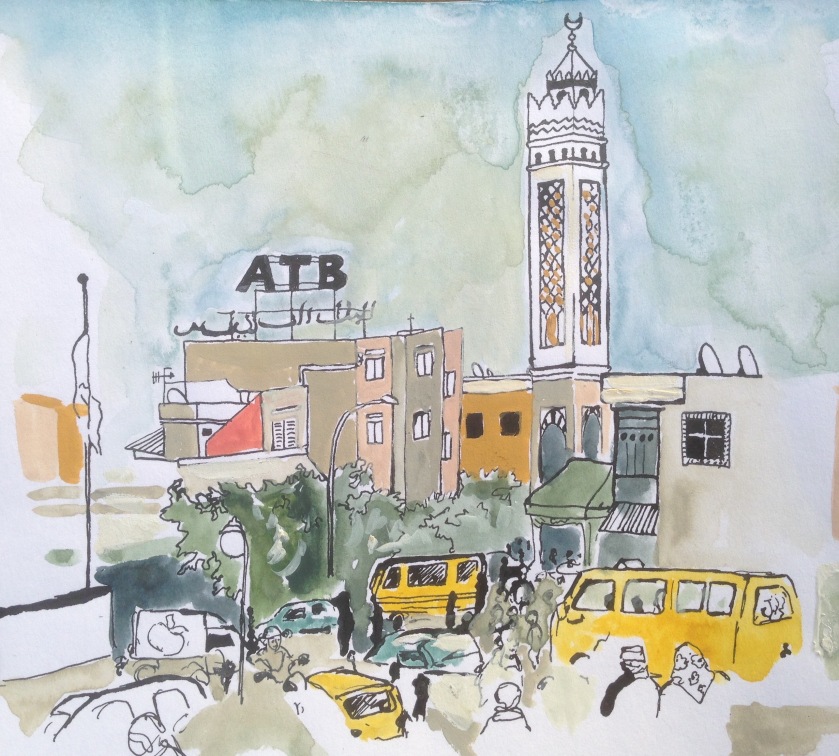 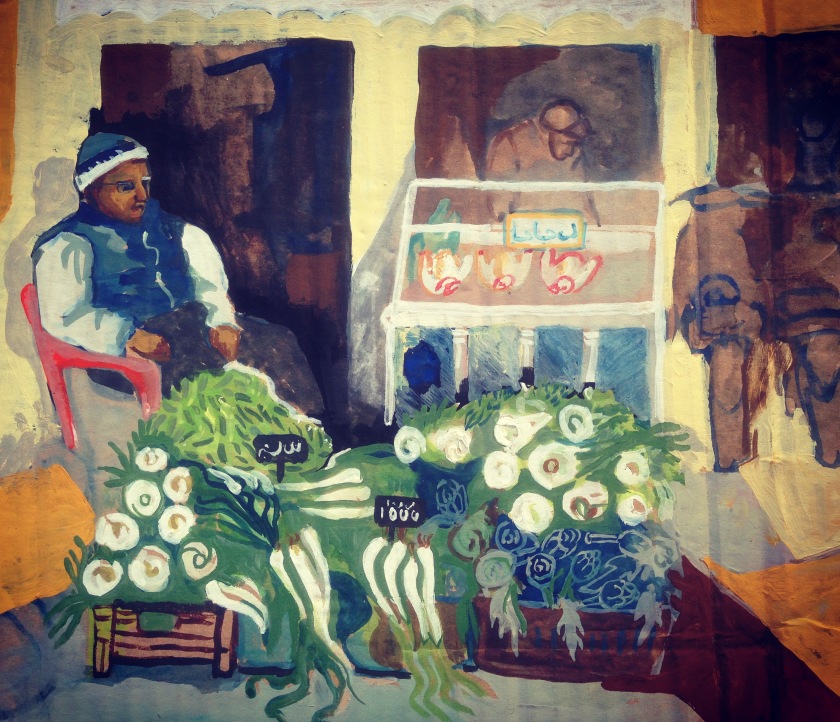 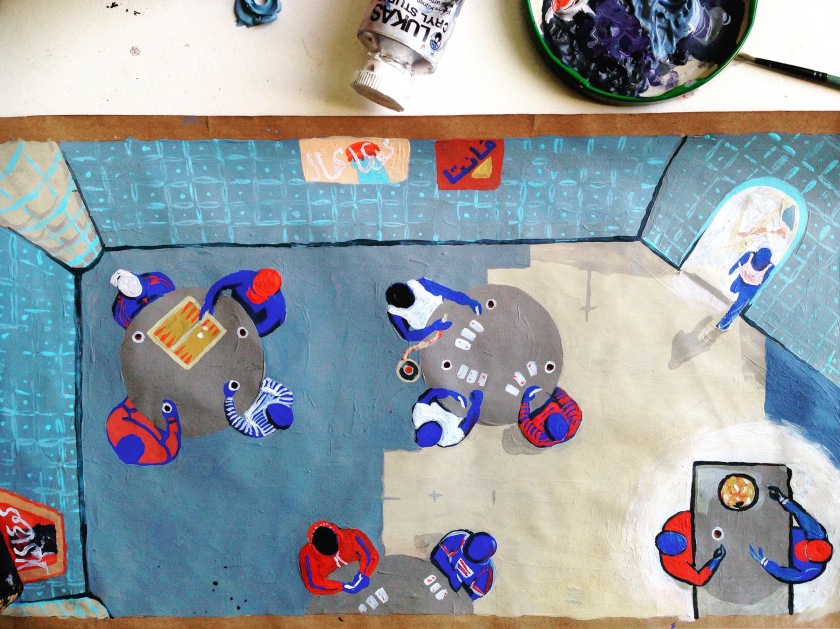 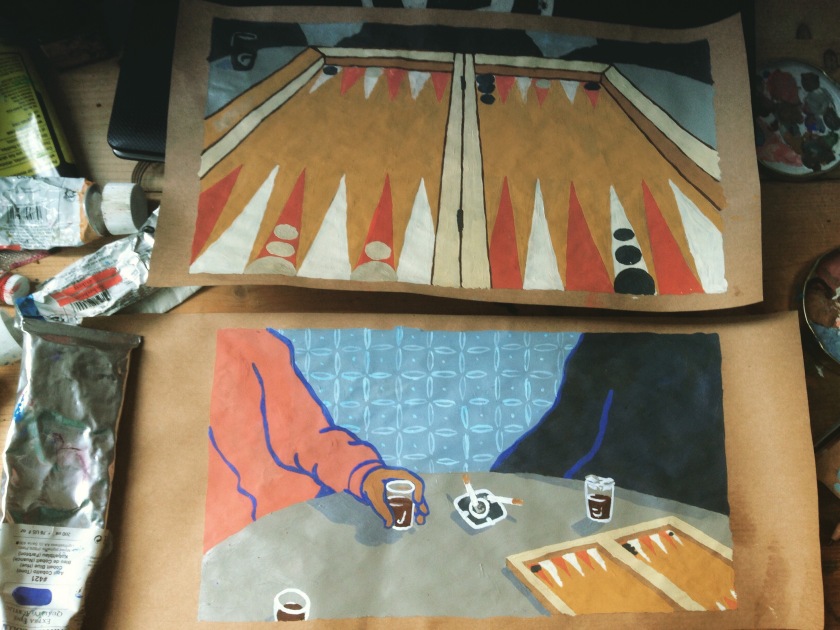 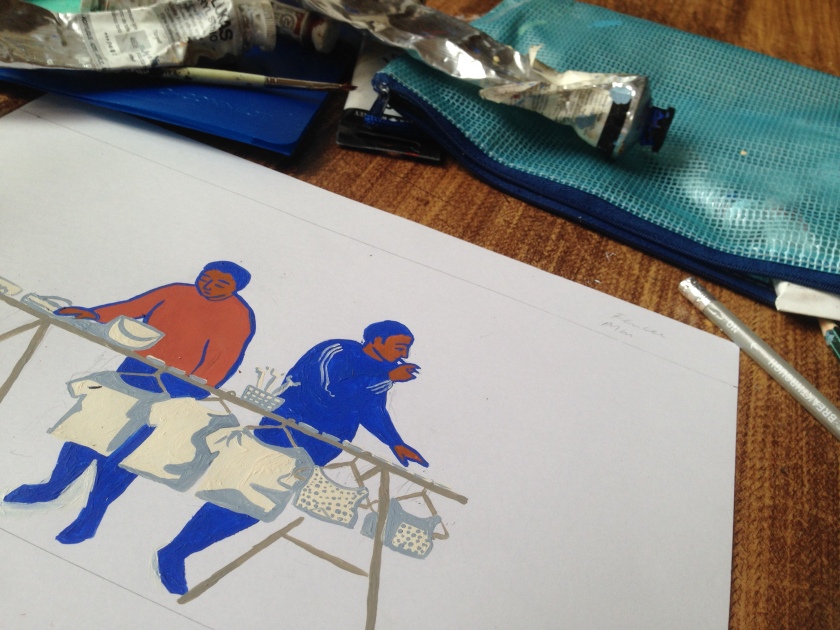 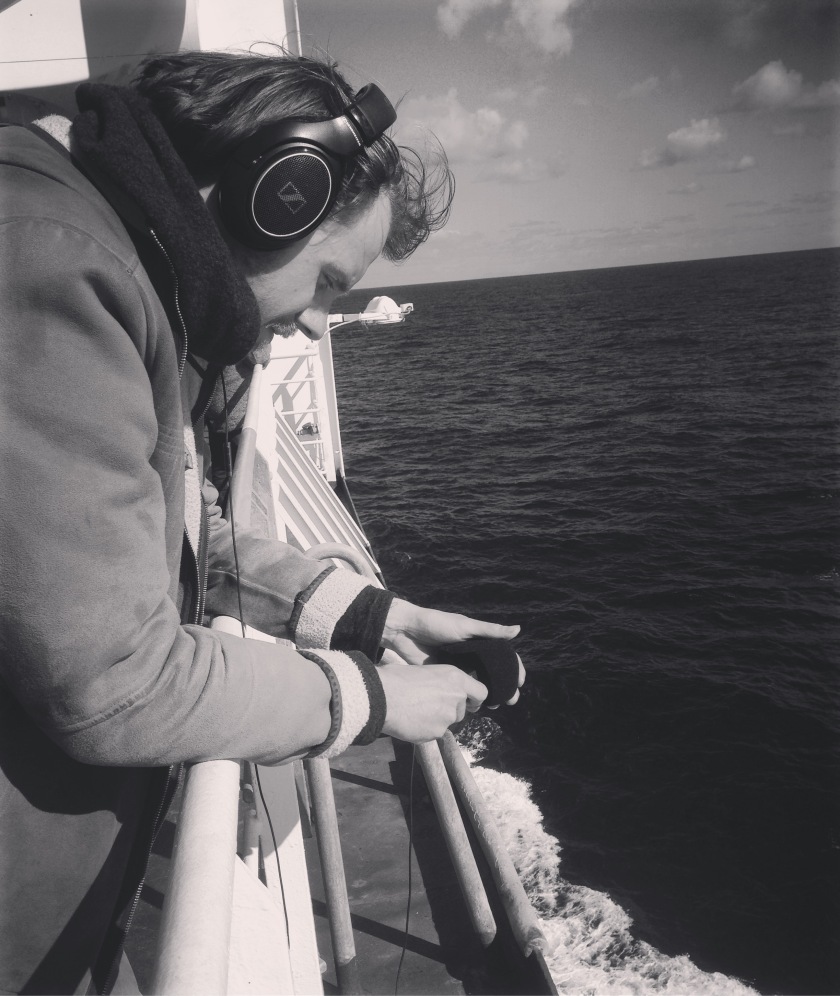